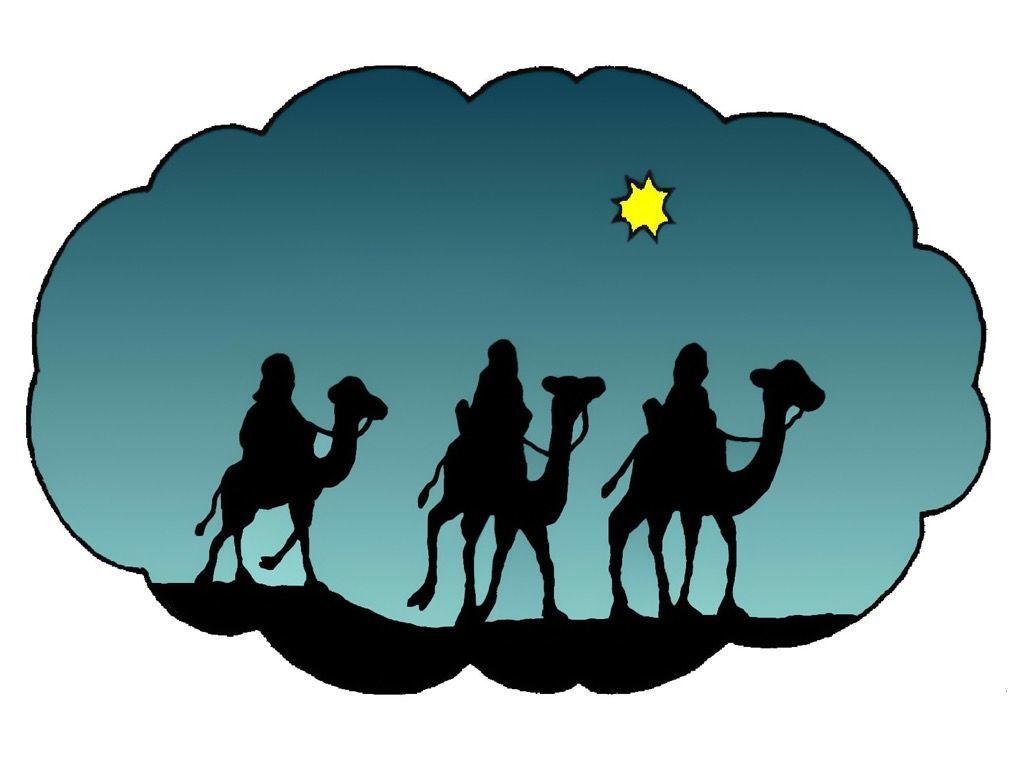 Do you sometimes wonder why we make a point – and a regular practice – of reading specific Bible passages out loud in our church services? It’s not because the clergy need practice in public speaking…nor because we need to put in time to make the service last an hour…nor because there’s a test later to see if you were listening. It is because the hearing and understanding of scripture is a communal activity, something the people of the church have always done together.

Maybe it began 2000 years ago in a time when most people couldn’t read. Actually, it began before that, with the Jewish people, who called themselves people of the Book, and who placed great emphasis on the public reading of their scriptures. When Jesus visited his home town of Nazareth and went to the synagogue, he stood up and read the scriptures out loud. That was the practice then and it’s still the practice in the historic churches - Roman Catholics, Orthodox, Anglicans, Lutherans, Presbyterians.

The reading of scripture out loud is an act of faith

We have an ordered set of scriptures which we read in a particular pattern called a lectionary, and we always read them aloud. But more than that, the reading of scripture out loud in a worship-setting is an act of faith, a kind of public confession. We are saying, and agreeing: “This is what we believe…this is what brings us together and keeps us together.” I’m not saying it’s a form of coercion, forcing everybody to accept everything they hear in church. Reading the scriptures publicly isn’t an authoritarian act. What it does is present our faith to the people of faith, and together we think about it and talk about it, agree and disagree, and find out how it affects our lives.

And then you will have noticed that following the sermon, we always recite one of the historic creeds – the Apostles’ Creed or the Nicene Creed, or occasionally the Athanasian Creed. The creeds are statements of faith, derived from the scriptures and resulting from long and intense discussion among the leaders of the church. The creeds have been shaped by the lived experience of the people of the Christian church, and the creeds have shaped our shared faith over many centuries, and will do so into the future. That doesn’t mean everything is fixed and unchangeable: it means there is a basis from which we work, and with new situations and new experience, the faith of the church is reshaped, but remains connected to the original foundations.

I’m telling you this because the story from Matthew’s Gospel which we read today is an example of how God brings ancient history, current experience and new developments together to create new direction for God’s people.

The situation is this: King Herod, raised as a Jew, but representing the Roman conquerors, rules the nation of Israel. He is a cruel and harsh ruler who maintains his power with fear and brutality. But the Jewish people have a long tradition of faith in the coming of a Saviour, the Messiah, who will rescue Israel from its oppressors. The Jewish scriptures contain references to one who will come out of Bethlehem to rule in Israel.

But you, O Bethlehem of Ephrathah,
who are one of the little clans of Judah,
from you shall come forth for me
one who is to rule in Israel,
whose origin is from of old,
from ancient days. -- Micah 5:2

At this time in Herod’s reign, rumours are circulating about the birth of a special Jewish child who is to become King of the Jews. Herod regards himself as the King of the Jews. He is afraid of losing his power. And into this disturbing mix comes a group of three “wise men” or three “scholars” or in some versions, three “kings” – influential people who come from far away, who are reputed to have ancient wisdom about a star indicating the birth of this child.

One commentator calls this the “adult version” of the nativity story: overshadowing with dark and frightening possibilities the beautiful story of the visit of the Magi offering adoration and precious gifts to the Christ-Child. The dark and frightening possibilities are “political intrigue, deception and fear-induced violence” (1) – which are indeed what happens when King Herod discovers he’s been given the run-around by the exotic visitors. The Christ-Child is acclaimed, the word is out, and King Herod does his worst to destroy the threat to his evil power. But the darkness of the situation doesn’t prevent God from achieving the purpose of the visit. Herod will be defeated. Change is happening and no earthly power can prevent the rise of the Messiah who comes to save his people.

Today we celebrate the feast of the Epiphany, commemorating the first appearance or showing of Christ to the Gentiles. Another aspect of meaning for epiphany is the sudden perception of the essential nature of something. In other words, an epiphany is an event that reveals the truth about a whole situation. So even in the midst of darkness and fear, another reality becomes clear. This is what happens with the visit of the Magi to Jesus: despite King Herod’s evil threats, God’s purpose is achieved: the Saviour of the world comes and brings about good for his people.

I think we are all inclined to hear the story of the visit of the Wise Men as a mythical tale: something that represents a good idea but isn’t actually true. But the way Matthew reports this story in his Gospel suggests something else. Matthew ties the story of the Wise Men to a historical fact: “In the time of King Herod….” [Mt. 2:1] We know from historical records that Herod reigned from 37 B.C. to 4 A.D., precisely at the time of Jesus’ birth. And there are also reports available to us from astronomical data of a particularly bright star that appeared in the region of Israel at that time. There are other pieces of information included in this account, information which is not factual or historical, but spiritual: for instance, the wisdom of the chief priests and scribes written in the scriptures prophesying a Messiah to be born in Bethlehem [Mt. 2:4-6]. And direction is also given to the Wise Men in the form of a dream [Mt. 2:12], information which is psychological rather than factual, but seemingly accurate and trustworthy.

This is an account bringing together several kinds of truth, and we can conclude that taken together, and having been tested by time, all the information is reliable, and more than that, given to us by God. The elements of myth still exist: the timeless, universal, apocalyptic nature of this story which changes the whole world with a normal, personal, individual event, the birth of a baby. Dr. Stanley Hauerwas says:

Apocalyptic time intersects everyday time….Jesus is born into time, threatening the time of Herod and Rome (2)

So yes, these events actually happened to actual people at a specific time in history: some aspects of the event were natural and normal, others were supernatural and paranormal. These two worlds exist together.

And we can say that when the supernatural world breaks into our natural world, that’s an epiphany. We can go farther and say that there is an alternative world that exists alongside the “imperial” world of corrupt power and brutal leaders and unjust conditions of poverty and suffering for a majority of the world’s people.

This alternative world is the world of the gospels

Here is what an evangelical commentator says:

The gospel constructs an alternative world [which] resists imperial claims. It refuses to recognize that the world has been ordered on these imperial lines. It offers an alternative understanding of the world and human existence centered on God manifested in Jesus. It creates an alternative community and shapes an anti-imperial [approach]. (3)

We can say that this alternative world is the same world as the Kingdom of God which comes to us in the person of Jesus Christ. And we can be so bold as to believe that in spite of the perceived power in our world of the imperial forces, it is no match for the Kingdom of God. Think of that when you are tempted to despair and to declare that there is no hope for our world.

Certainly, there is much that is wrong. But there was much wrong in the time of King Herod. And yet, an apparently insignificant event, the birth of a peasant child in a small city outside of Jerusalem, challenged the power of the Roman Empire in the person of Herod with his armies. God’s power resides in Jesus, and God has never been overcome. This is not to make light of the dangers involved in challenging imperial power. A whole generation of Jewish male children died in Bethlehem because of Herod’s fear of the baby called the King of the Jews. The Kingdom of God doesn’t fight the imperial world with guns and bombs. There is much danger in resisting brutal power, even in passive resistance. The wise men didn’t engage King Herod: they discreetly went home by another road. They practised an alternative approach; they chose another way of perceiving the world. They may have been leaders in their own country, and wise beyond all others of their time, but they “paid homage” – that is, humbled themselves and knelt before a baby and his mother; they were more servants than kings. Their attitude is in keeping with the teaching in the Gospels that God reveals hidden truth to children.

One of the themes of Epiphany is that God’s wisdom and power and glory appear where we least expect to see them. In the darkest places, in the most hopeless of times, among the most vulnerable people, the Epiphany light shines,

as God graciously, mysteriously and defiantly breaks into human lives. (5)

That light continues to shine in our struggles, in our world, in our time. So day by day and week by week, we continue to read the scriptures aloud, placing our faith and our hope in the Gospel-words which describe and formulate the alternative world – a world characterized by goodness, humility and peace.

May that faith and hope continue to surprise us!