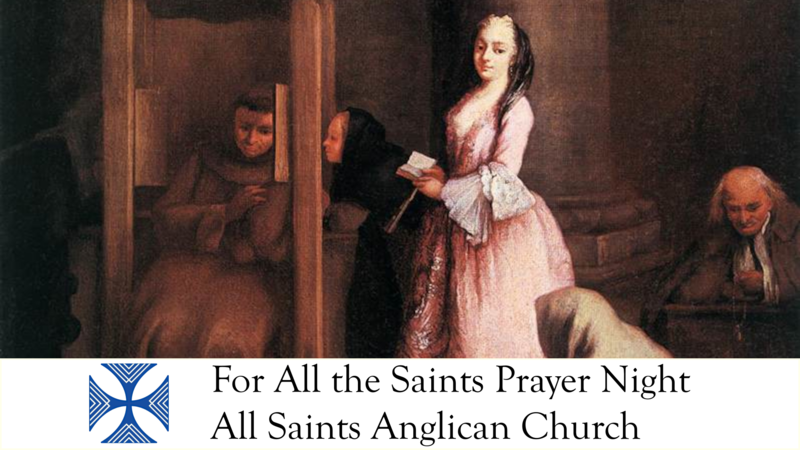 Fr. Matthew concludes his discussion on the General Confession by reviewing the absolution. He begins with reference to John 20:21-23, Matthew 16:19, and Matthew 18:18 and the priestly authority to grant absolution. He then reviews the text of the absolution for general confession, emphasizing the importance of the action for change of action inherent in absolution, and that receiving God's pardon is only part of it.

He concludes this week by a discussion of private confession in the Anglican tradition with reference to the Exhortation from the Book of Common Prayer. He notes that in the Anglican tradition, private confession is available from any priest, is confidential, and takes the general form of the penitent confessing their sins, the priest granting absolution, and then offering spiritual counsel and advice in relation to the sins confessed, offering a penance (generally a Psalm that somehow relates to an issue in the confession on which the penitent is to reflect upon). Rather than anyone specifically being required to receive the sacrament of reconciliation for a particular sin, in the Anglican tradition, it is offered for anyone who is unable to quiet their conscience by means of general confession, which generally means when you're unsure if God has forgiven you for a sin, or if you are unsure you have truly repented of a sin.