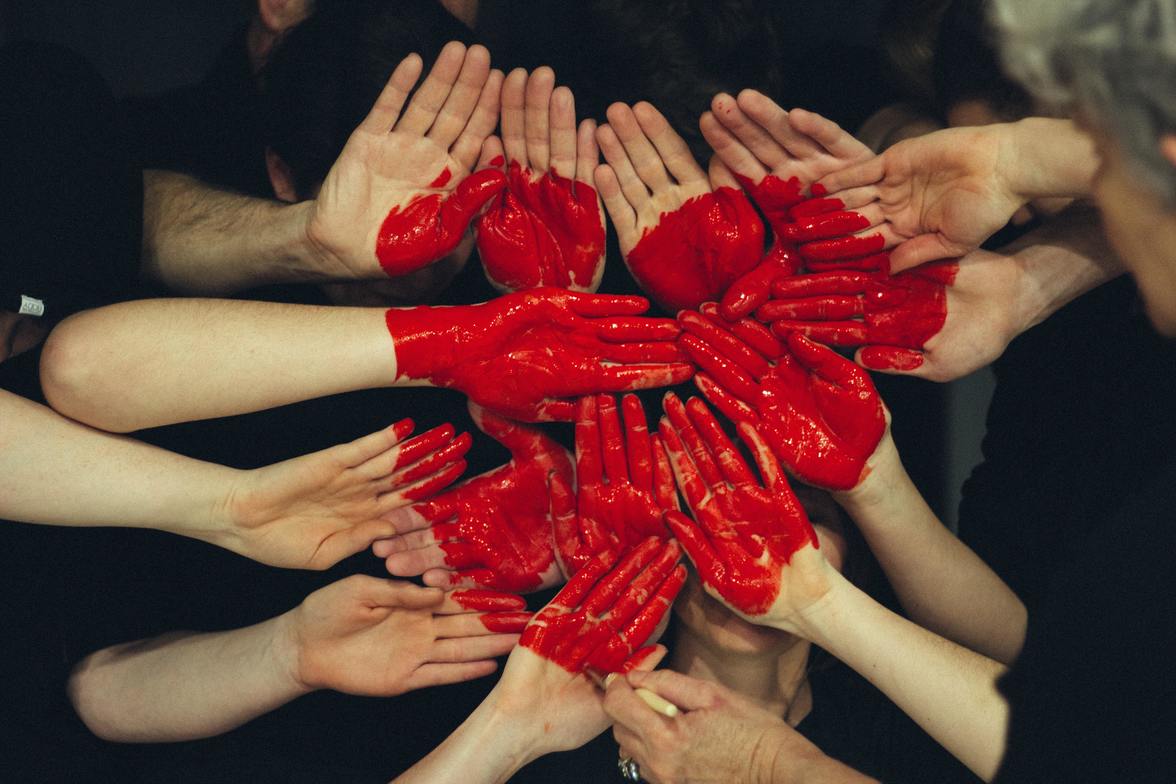 I’ve lived in many communities in my lifetime – all the way from a big industrial city in wartime England to an idyllic small town in the BC interior, to various Canadian cities, to several old French, Irish and German communities in the Ottawa Valley, and again, in the west, to rural and urban communities in Alberta.  As a child I took it for granted that I belonged where I lived – my family was ordinary and as immigrants from Britain arriving in Canada, we were British subjects and spoke English, so we had no trouble fitting in.

Leaving home for further education, I thought I needed to work hard to belong in the large and competitive scene at the university.  And when as a newly-married young woman, I arrived in the weird and wonderful old-world atmosphere of the Ottawa Valley, I hardly knew what to think – but was greatly blessed by workplace colleagues and kind neighbours who allowed our young family to join their community.

But it wasn’t until many years later that I spent time in communities where by virtue of nationality or education or any other common experience, I didn’t belong. They were indigenous communities in the Canadian north.  I visited them to carry out ministry in those remote places, and the only thing we had in common was our Christian faith. There I discovered a kind of belonging that I couldn’t earn by trying very hard to fit in: it was given by those people simply out of hospitality; they know how to welcome strangers.

It was a life-changing experience.  And it was because of that exposure that when I graduated from seminary 25 years ago, I became involved in an urban ministry to the poor in inner-city Edmonton.  And there I found more of the same kind of community – one which included indigenous people, but mainly people living in poverty who were willing to share their lives with anyone they trusted.  And they were pretty good at figuring out who they could trust.  It was a world that was new to me, and again, a life-changing experience.

Life is hard and life is uncertain: we need each other.

What characterized those communities was not only the indigenous influence and the conditions of poverty, but also their strong spiritual values - faith, generosity, loyalty, courage, without which they couldn’t live in difficult conditions – values which function best in community.  These are people who think “we” instead of “me”.  Life is hard and life is uncertain: we need each other. I don’t want to sentimentalize the hardships those people endure. They would be the first to declare they are not secret saints living lives of virtue. They live in conditions the rest of us work hard to avoid. But it seems that there is some good that comes from struggling in situations of deprivation – at least there is for people who don’t allow their hearts to become hardened.

And there is a benefit for a whole community that comes together and makes sure that all are included and cared for.  The downside of our individualistic and prosperous communities is that it’s too easy for people not to come together and not even to know what’s happening with those on the margins of the community.  And I’m not talking social science and politics here. I’m talking spiritual values: compassion, generosity and hospitality.

A description of a Christian community

In the Sermon on the Mount, Jesus lays out a description of a Christian community. When he announces that it’s blessed to be poor in spirit, or in mourning, or meek or hungry or persecuted, he’s not saying each of us has to be all these things – which we are aware is pretty much impossible, and we’re not all that anxious to be any of those things. Rather, he’s saying the community inevitably includes people who are struggling with those things, and in his paradoxical way, he’s saying that’s a good thing. It’s a good thing when we’re all together in dealing with those things, because in God’s strange way of doing things, that suffering is transformed.

The proof of this is Jesus’ crucifixion: his action in enduring the cross – an experience of great suffering offered to the world and to God, which by God’s powerful grace turns great evil into greater good. This kind of transformation happens in the Christian community because the community is the body of Christ. When Jesus gathers his people around him, he himself enters their reality, and in him everything is transformed and much good happens.

The poor in spirit are lifted up,
the mourners are comforted,
the meek are strengthened,
the hungry are fed,
the persecuted are delivered.

And at the same time,

the proud are humbled,
the mighty experience weakness,
the greedy are delivered from their selfishness
and the self-satisfied become aware of their own neediness.

Stanley Hauerwas calls this community of those who suffer and those who suffer with them the “church which is visible” (1)  It’s the church behaving like the body of Christ…and others can see its goodness and believe.

The section of the Sermon on the Mount that we heard read today deals with four of the causes of suffering --- and in order to be very clear we should call them “sins”:

These are sins best dealt within the context of a strong community which refuses to allow these practices to continue to hurt individuals within the community, especially those who are vulnerable to being harmed by those with greater power. Jesus tells us we must confront those who do wrong because the wrong is not against us, but rather against the body, that is, “the very holiness of the church is at stake.” (2)

God refuses to let our sin prevent Jesus from becoming one of us, from joining our reality, and then because Jesus is part of our everyday reality, we are given the time and the patience it takes to be merciful. Mercy is a holy virtue. Stanley Hauerwas says:

…to be ready to be reconciled with those with whom we are angry, to be faithful in marriage, {to care for those who are our responsibility} to take the time required to tell the truth — all are habits that create the time and space to be capable of loving our enemies. (3)

Loving our enemies is a good thing that seems possible only in the place where Jesus is. In 25 years of ministry, I’ve learned that virtually everybody wants to be good.  It isn’t enough just to tell ourselves that we are good – we all want to seriously believe it.  And that doesn’t depend on having done nothing wrong – because we all know that we’ve done wrong.

And in my experience, there aren’t a lot of successful ways in this world to make us good.  In fact, I only know of one way that works and that’s through the death of Jesus on the cross and his ongoing living presence among us. And I would go further and say more than simply being good, we all have a desire to be holy.  I think that desire is written into our hearts and minds because we are – all of us, rich, poor, good, bad and everywhere in between - made in the image of God.

I can recall some holy moments within the Christian communities I’ve had the privilege of being part of.  One was back in Edmonton in the inner city ministry. I used to spend Tuesday evenings 6 to 11 working on the desk at the shelter for homeless women. It was a rough and tough place, but somehow it seemed like a huge privilege to be able to share a few hours a week with those women: abandoned, abused and addicted, but tremendously funny and brave and imaginative.

One year just before Christmas, about 1996 or 97, we decided to gather together anybody who wanted to join us and read the Christmas story from the Gospel of Luke. So we started to read. You’d be surprised at how well some street-people can read. My colleague, Sister Marion, played the guitar. The women loved to hear music, though only some of them would sing…it seemed that to be able to sing took more heart and more courage than many of them could find, but they loved to listen.

Within a few minutes, it occurred to somebody, “We should act this out!  We should have a play!”  Well, it took off…. “Who will be Joseph?”  They chose a transgendered person – a guy living as a woman (and it shows how enlightened the shelter was that they let that person stay).  His/her name was Dion, and he/she was proud to play the part of Joseph. Then they ran and got a bunch of second-hand clothes and began to dress up in costumes.

“Who should be Mary?”  That took a minute or two, because these were First Nations women and nobody had ever let them be Mary in any school or Sunday School play – that was for pretty white girls.  But nevertheless, they quickly settled on Maria, a young woman far along in her pregnancy. And that solved the problem of the baby too – we didn’t need a doll…we would all imagine Maria’s unborn baby as the baby Jesus. And then there were shepherds, all dressed up in blankets and tea-towels.

And the angels – what street-person had ever thought of herself as an angel?  But they solemnly took their parts and we read the nativity story – even had some donkeys and some sheep and some candles and finally some Christmas carols.

It was hilarious in places, but mostly, it was magical – people in need coming together around Jesus to claim their place in the Christian community, people who desperately needed holiness in their lives.

It was more than magical: Jesus was there, and he made it holy.